A lot of the potential of 3D printing is still unknown, that is why particularly important are such unique initiatives, like experimentation of the artist Anita Monori, who is a ceramics designer. She applied 3D printing in porcelain design. 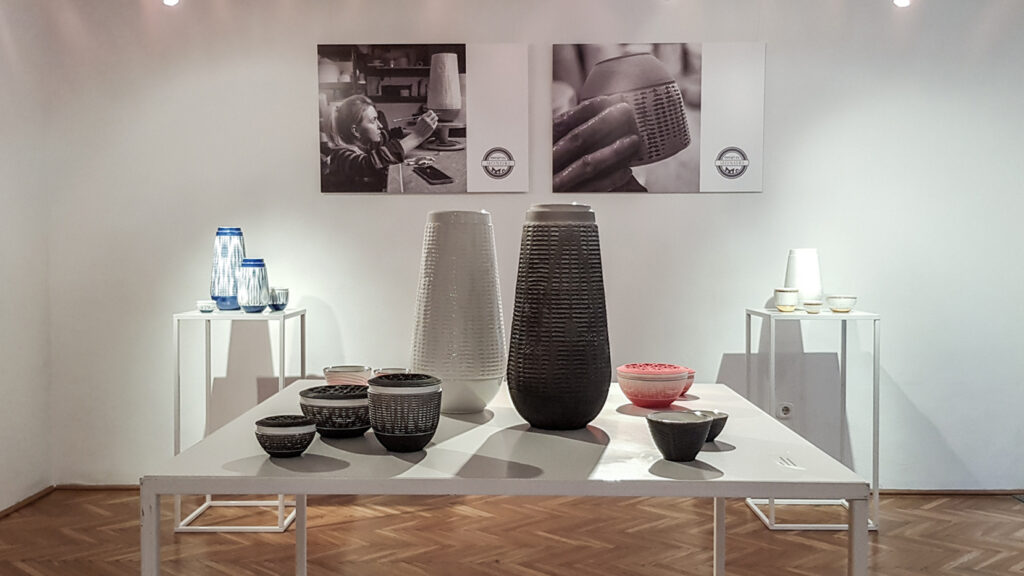 Anita Monori, a ceramics artist who graduated from Moholy-Nagy University of Art and Design Budapest, created the brand Design by Monori in 2012, for her custom designed and made porcelain pieces.

In 2019, she was awarded a three-year Art Fellowship by the Hungarian Academy of Arts, she researched how to use modern technology, including 3D printing, in addition to traditional techniques to create unique ceramic objects.

In the second year of the fellowship, the artist experimented mainly with FDM 3D printing: with different printing settings, infill patterns and materials (filaments). For the printing experiments, she created 3D models of different shapes, with the aim of creating shapes and surfaces which are suitable for testing the printing settings. Also shapes which are difficult to create manually have been created.

First is this phase Filaticum’s composite materials were used, those filaments, which are popular in printing artistic objects, sculptures and film props, such as Filaticum Essence and Gypsum. Anita Monori experimented and created special surfaces with Filaticum Glass Reinforced and Foam also. 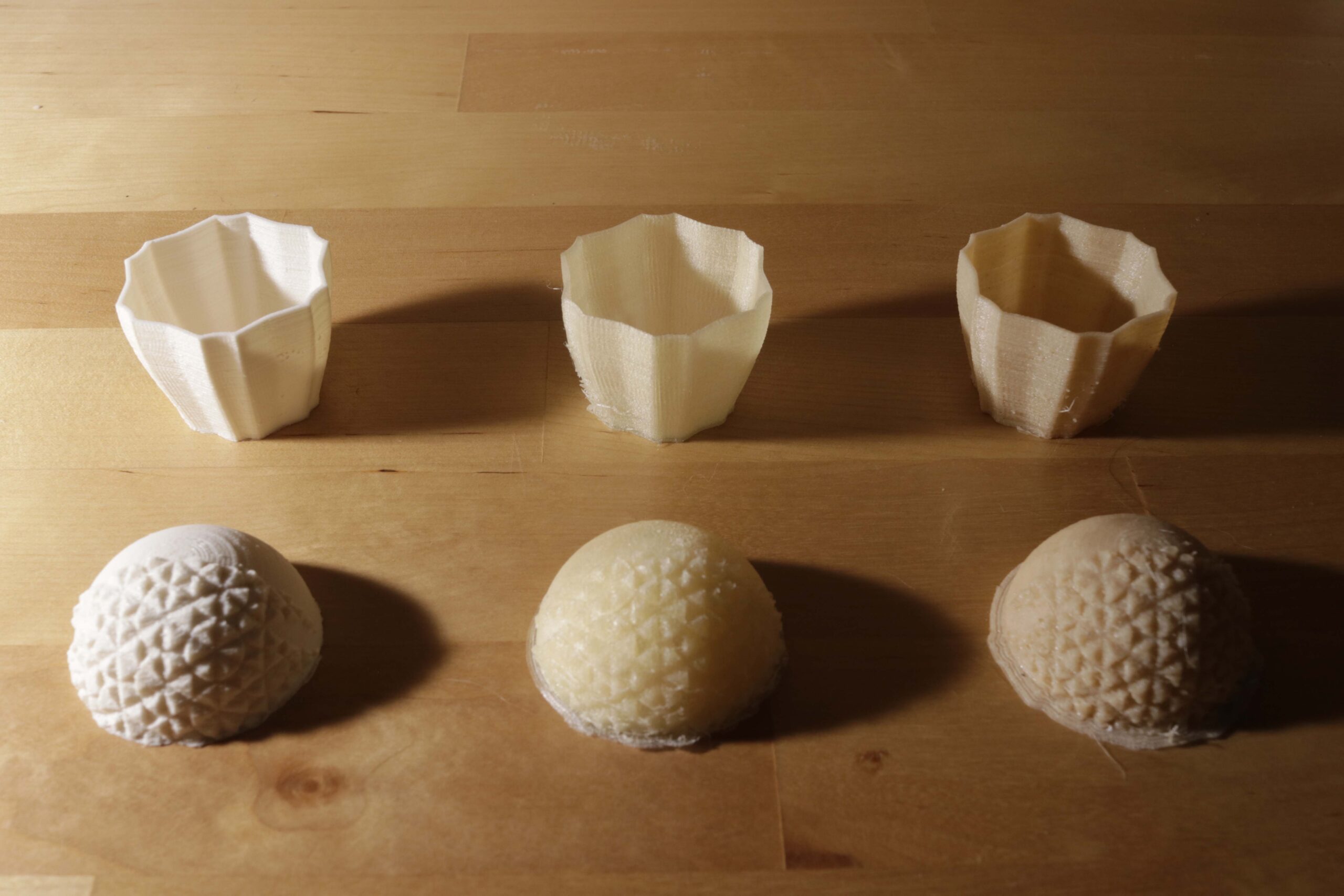 ” In 3D printing one of the most interesting things for me is the way the forms are built up and developed, these sub-processes can result in interesting variations.”

3D printed objects can also be incorporated into the process of ceramics making, for example, by using them as model for mold making or as material composites. Used on their own, they are ideal for prototyping, for example. 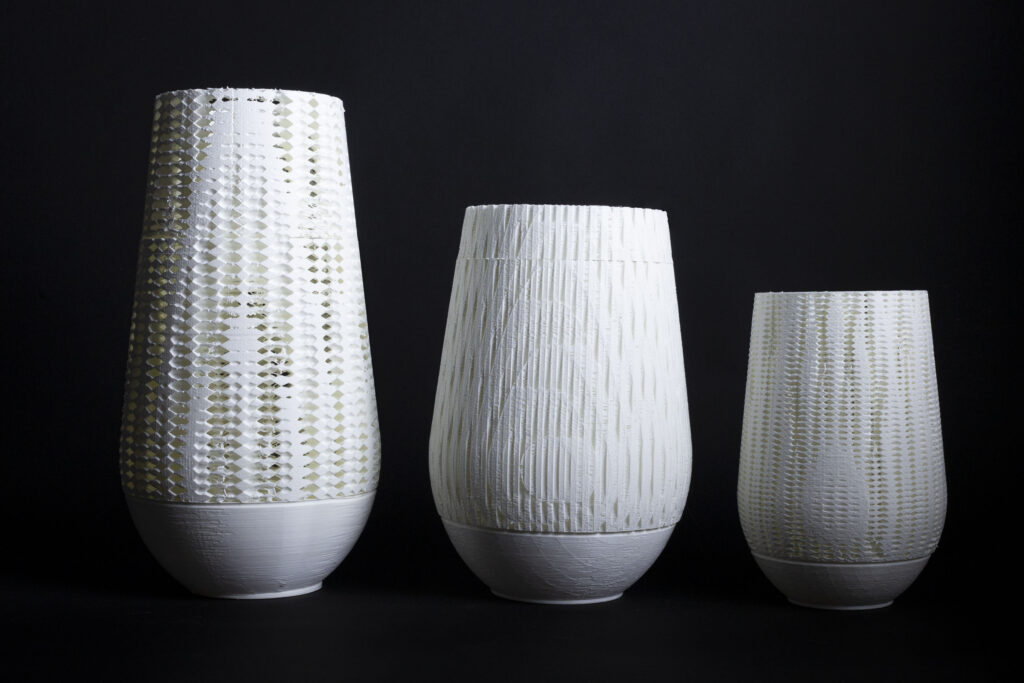 Using the printed pieces and surfaces as part of the master model, and then taking negative moulds from these, the final porcelain objects were made by slipcasting. The result of such a process is a series of artwork called “EXPOSED”, consisting of 3-3 porcelain vases and boxes. 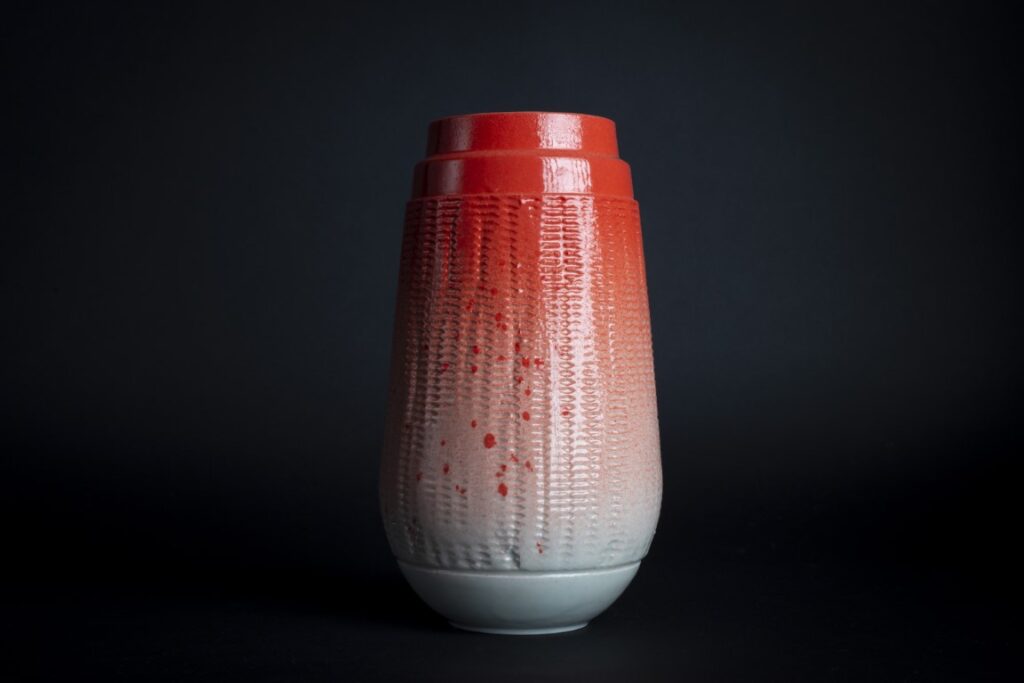 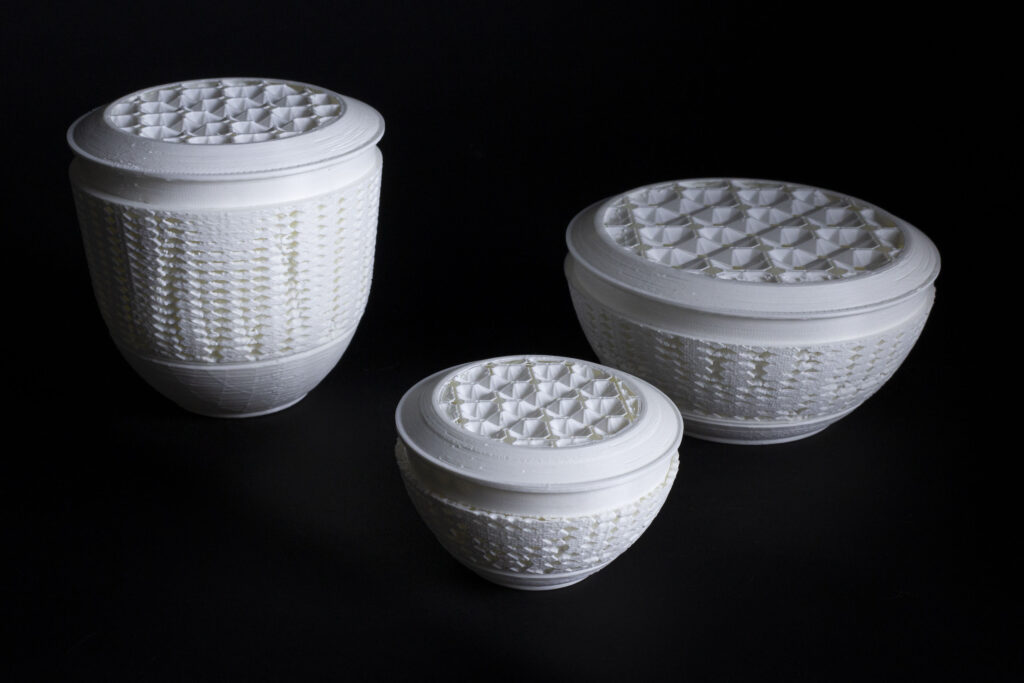 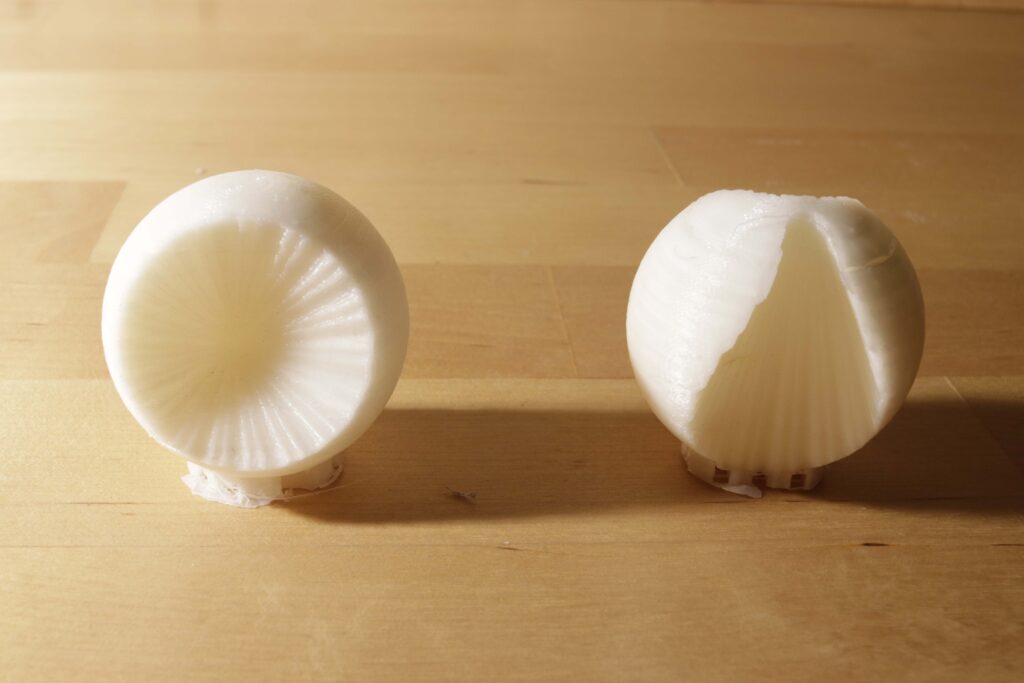 The project was supported  by providing 3d printers by FabLab Budapest.